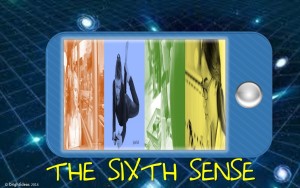 Marketers of today have to contend with a media consumption pattern that is very different say from even 5 years ago.  Where the proverbial push comes to shove, India was always expected to leap-frog technology generations.

For example not conforming to the traditional diffusion of innovation cycles India aborted its pager journey and quickly jumped onto the mobile phone bandwagon.

And what a ride it has been! Almost 19 years since the first mobile call in India was made possible, India has a mobile subscriber base just shy of 900Mn and almost 176Mn subscribers accessing internet through their mobile devices and 15Mn broadband subscribers. If the service providers play their cards right and the powers that control don’t get greedy the data revolution beckons!

Just for perspective, even the current number of mobile subscribers in India is 3 times the population of the United States, there are only six countries in the world that have a population in excess of 176Mn (the reported number accessing internet through a mobile device) and finally there are 175 countries that have a population less than the broadband subscriber base in India. Having posted phenomenal growth rates as a category the recent explosion has been in the smartphone space. In the last two years alone, smartphone shipments have grown by over 225%, an estimated 12Mn smartphones shipping every quarter in India during the past 2 quarters.

Point is, numbers in an Indian context have been and are always going to be there for taking. It’s a whole different question if we start peeling the onion layers and start getting down to the real stuff which is engagement levels.

The focus on ROMI or the Return on Marketing Investment has never been higher.  With marketing budgets in absolute terms pointing south for most brands a multiple X return is the constant lookout of most marketing planners. Couple that with amount of measurability digital media affords, the growth in internet consumption using mobile devices and we can start to understand demand-supply dynamics.

Digital marketing brought in new paradigms and marketers such as us started living with the so called new rules of communicating with our customers. Mobile marketing has been a close follower of its cousin and is invariably clubbed with and is a sub-set of the “Digital strategy” of brands.

The concern that I would like to put forward is that we somehow seem to be applying same or similar framework to mobile as that of traditional internet marketing.  And why should we be not?  One could argue since numerous reports tell us consumers are doing the same things on mobile internet as the traditional desktop/notebook internet.

So why mobile advertising should be treated differently?

Communication sent out by brands has to appeal to the consumers senses for it to register. The mobile today is an extension of the consumers self almost an appendage. It is the consumer’s sixth sense! It connects the person to whatever is relevant at a given point in time, more importantly in space! Augmented Reality or AR as most of us have started to refer to it has been around for a while. Sadly though, marketers are yet to figure out its best use.

Keeping the above in mind, while building their mobile advertising plans brands should perhaps go back to the very basics of planning communication figuring out the Who, When and What.

Who to speak to. The quintessential Target Audience definition now with pin point precision

When to speak to them. Approach with an understanding of what they would be or have been doing. Which marketer has not built/studied a day in the life of the target consumer?

The additional dimension that mobiles have brought about is where. Brands therefore need to weave in the where into the context of the communication. Fortunately technology affords us this luxury.

With mobile advertising Time & Space are to my mind, an imperative.

Example, an 18 year old urban female mobile phone user who is a frequent YouTube or an Internet Radio user would be subjected to a certain kind of advertising because there are a certain set of brands that want to target her. Now, say if a cosmetic brand had to say different things to at different points during the course of the day they technically could and some brands are. It is common place to super-serve a certain segment and the wasted communication on rest of the audience is considered acceptable collateral damage.

Where is an extension of the logic and potentially an opportunity to give different messages. The same cosmetic brand could communicate differently depending upon whether this 18 year old girl was commuting, in her college canteen or sitting in a café in a mall?  Time and space!

In the digital space brands are striving for engagement more than anything. So while we may still be buying and selling in CPM, CPC and CPV terms and busy calculating our ROMI basis the conversion rates. What is going to really bring in results is the quality of engagement that brands have with their TG.

Engagement is a function of opportunity & dispensation and the “where” has a significant impact on dispensation.